Most people know Ulyanovsk only as Lenin’s birthplace, but this city was once called Simbirsk. Simbirsk was founded in 1648 as a base station on the Simbirsk-Karsun frontier defense line. It became a district center of Kazan Province in 1708, then the capital of the Simbirsk governorship on August 15, 1780, and finally, the capital of Simbirsk Province on December 12, 1796. The city was renamed Ulyanovsk in 1924 and became the capital of the Ulyanovsk Region on January 19, 1943. Ulyanovsk is Russia’s seventeenth-largest city. It has an area of 263.8 km2 and is made up of 4 urban administrative districts, 7 rural councils, and 22 communities.
Ulyanovsk Region is a multinational territory, where people of more than 80 nationalities have lived and worked peacefully side by side since the early days. Russians, Tatars, Chuvashes, and Mordvins are the predominant nationalities.

The region is located in the central part of European Russia in the heart of the Middle Volga on both sides of the Volga River. It has an area of 37 300 km2 and is divided into 21 municipal districts, 3 municipalities, 31 rural towns, and 112 rural districts.

It is located mainly on the Volga Uplands and has borders with the Republic of Mordovia, the Chuvash Republic, the Republic of Tatarstan, and Penza, Saratov, and Samara regions. 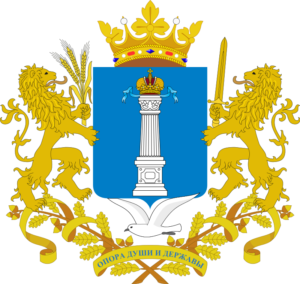 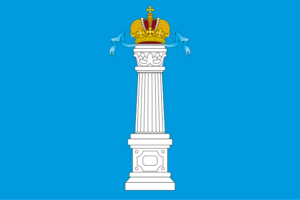 Ulyanovsk Region is connected to all parts of Russia by air, rail, water, and road transport. There are 729 km of railway lines and 7840 km of roads, but water transport predominates. The river ports of Ulyanovsk and Sengilei, outfitted with new modern equipment, are the region’s largest ports. The Volga flows for 200 km through the region, giving access to five seas. International air routes connecting the Volga area with Europe, Central Asia, the Middle East, and China also pass through the region. There are two large modern airports capable of handling all types of aircraft. Volga-Dnepr operates the world’s heaviest airplane, the AN-124 Ruslan, and is the world’s largest cargo airline. A modern telecommunications network ensures reliable connections with all countries of the world.

Nature is rich and beautiful, with a variety of landscapes, from fields and mountains, hills and valleys, to mixed forests, rivers, and lakes. The region is famous for the Undory resort, the ancient Beloe Lake, Yulovsky Pond, and the Sura River.

Ulyanovsk has a relatively well-developed raw mineral resource base. Oilfields have been discovered here, and there are large reserves of cement-making materials, building, glassmaking, and foundry sand, clay aggregate, diatomite, brick-making materials, oil shale, and peat. There are also underground reserves of medicinal and mineral waters.

However, the ecological situation is a cause for alarm. The concentration of heavy metal salts in urban soils is 2 to 4 times above the permissible level. Air measurements have shown that pollution exceeds the maximum allowable concentration, and water analysis has shown a failure to meet bacteriological and chemical standards. The demographic situation is much the same as in most Russian regions, with a falling birthrate and increasing death rate.

Industry plays a leading role in the regional economy, with engineering (aircraft manufacturing, instrument making, machine tool manufacture, and car manufacturing) being the core industry. The textile, light, and food industries are also well developed, and companies in the construction, woodworking, and forest industries operate here as well. Altogether, there are 200 large industrial companies employing nearly 174 000 people. A nuclear reactor research institute operates in the region.

Worth mentioning the Ulyanovsk Automobile Plant (UAZ), one of the country’s leading car manufacturers, and Aviastar, the world’s largest aircraft manufacturing complex. UAZ specializes in the production of the famous UAZ all-terrain vehicles.

Companies in the region have extensive foreign economic ties and maintain trade relations with 69 countries and 53 Russian regions. Over 50 companies with foreign investment, most of them in Ulyanovsk, currently operate in the region. The region also provides air and road transportation services for foreign partners, as well as international tourist services. Economic and cultural ties are being reestablished with the CIS countries.
↑top

In 1648, Tsar Aleksei Mikhailovich sent boyar Bogdan Matveevich Khitrovo to the downstream cities with orders to defend the Russian borders against the Nogai Tatars and build new cities and frontier fortresses from the Barysh River to the Volga River. Sinbirsk (later changed to Simbirsk) was one of the cities built at the tsar’s command. Like many other Volga cities, it was founded on a steep bluff of the Volga named the Crown (Venets) more than 120 m high.

Russian settlement of the Volga region had begun long ago, but construction of the new cities intensified it by providing an incentive to open up new lands. Chuvashes, Mordvins, Tatars, and other peoples were living in Sinbirsk territory before the Russians came. However, the defeat of the Kazan and Astrankhan Tatar khanates consolidated Russian rule along the entire Volga, and its banks were quickly settled. The settlers’ position was neither peaceful nor safe. Bashkirs, Kirghizs, and Nogai and Crimean Tatars made frequent devastating raids, took the residents captive, and plundered their property. During that time, small fortress cities joined by a fortification line were built into order to defend the borders. The line consisted of a ditch and rampart, with high wooden watchtowers located on it between the cities to warn of approaching enemies. These cities and their connecting lines were known as “frontier lines”.

The city kept the name Sinbirsk until the end of the 18th century. According to one version, it was named after the Bulgarian prince Sinbir, who founded the town of Sinbirsk on the Volga below present-day Ulyanovsk. The letter “m” in the name appeared later in order to make it sound better in Russian (similar to the way the pronunciation of other words like “simfoniya”, “simpatiya”, “simbioz”, etc. changed in Russian).

In 1670, Stepan (Stenka) Razin’s (Razin was the Cossack leader of a peasant revolt) troops besieged Simbirsk but failed to capture it, because the fortress was impregnable.

From 1773 to 1774, Emelyan Pugachev (another Cossack rebel leader) was held in custody in the Simbirsk fortress.

In 1780, the city became the capital of the Simbirsk governorship.

In 1796, it became the capital of Simbirsk Province. The first public theater opened in Simbirsk in 1790, and a theater building was constructed in 1840.

In 1860, impresario A.A. Rasskazov formed a theater company in Simbirsk, in which the famous actors V.N. Andreev-Burlak and P.A. Strepetova performed.

In 1898, the city was connected by rail with Inza, and a few years later, with Bugulma.

In the 19th century, Simbirsk became a trading center for grain, fish, cattle, and timber. By the end of the century, the city had 42 factories (the most important being distilleries, a brewery, a candle factory, and flour mills), 733 stores, and 526 small businesses (mainly shoemaking, tailoring, and baking). A trade fair dealing mainly in horses was held annually. There were 29 Orthodox churches, 2 monasteries, Lutheran and Catholic churches, a mosque, and a synagogue. Men’s and women’s gymnasia, a military school, a seminary, and other educational institutions opened, and many charitable societies and institutions operated in the city. Water pipes and telephone lines were installed.

In 1924, the city was renamed Ulyanovsk. It became part of Middle Volga Region (which later became a territory) in 1928, and then part of Kuibyshev Region in 1936.

During the Second World War (1941-1945), a number of factories were evacuated to Ulyanovsk.

In 1943, Ulyanovsk became the capital of the newly formed Ulyanovsk Region.

Simbirsk was the birthplace of Vladimir Ilich Ulyanov (Lenin), poet NIkolai Yazykov, and writers Dmitry Grigorovich and Ivan Goncharov (Goncharov wrote many chapters of his novel The Precipice in the village of Vinovka, now part of the city; in 1912, a monument in the writer’s honor, “Goncharov’s Pavilion”, was built on a bluff of the Volga River). The writer and historian Nikolai Karamzin was born in Simbirsk Province.

The radial and rectangular system of streets in modern-day Ulyanovsk has preserved the basic elements of the regular city development plan worked out in 1780 and refined in 1843, 1866, and 1867. In the city center, on the site of the former Kremlin on a high bank of the Volga, is a rectangular area (formerly Cathedral Square) that opens onto Novy Venets Boulevard and the far shore of the Volga and is surrounded by buildings in the classicist style, including a former men’s gymnasium (1786), the Offices (1708), the Noble Assembly (1838-1847), and the monument to Karamzin (1845). A boarding house for a men’s classical gymnasium (1947), a military gymnasium (1847), the Yazykovs’ house (early 20th century), and other old buildings are also located in the city center.

In the 20th century, the city was built up according to master plans of 1946 and 1965. New residential districts (including districts on the far side of the Volga and Sviyaga rivers) and parks were created, and public buildings, including a river station (1965) and a railway station (1970), were constructed. The central part of Ulyanovsk was reconstructed between 1960 and 1970. A Lenin memorial area was established, which included elements of old Simbirsk and a Lenin memorial center.