Bashkortostan covers an area of 142 900 km2 or app. 0.8% of the total area of the Russian Federation. It occupies a large part of the Southern Urals, the adjacent Bashkirian part of the Ural foreplains, and the high plain belt of the Bashkirian Transural region. It borders on Perm and Sverdlov regions in the north, the Chelyabinsk Region in the southeast, the Orenburg Region in the south and southwest, the Republic of Tatarstan in the west, and the Udmurt Republic in the northwest. Its territory extends 550 km from north to south and 430 km from west to east between 51°31′ and 56°34′ north latitude and 53°10′ and 59°59′ east longitude.

In 2018 4 063 300 people were living in the republic, including 2 540 000 in cities. The Republic of Bashkortostan has the seventh-largest population among subjects of the Russian Federation. People of nearly 100 different nationalities live in Bashkortostan, including Bashkirs, Russians, Tatars, Chuvash, Mari, Ukrainians, and Germans. The Bashkirs are the indigenous inhabitants. 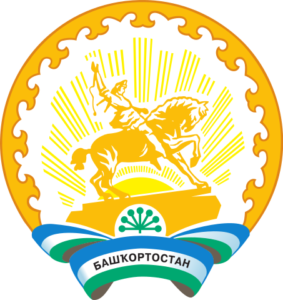 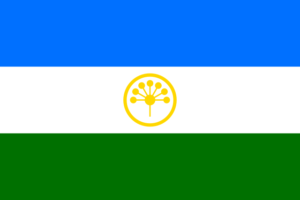 There are 54 municipal districts, 9 municipalities, 14 rural towns, and 818 rural districts in the republic. The largest cities are Ufa, Sterlitamak, Salavat, Neftekamsk, and Oktyabrsky. The capital of the republic is Ufa, founded in 1574 and with a population of 1.1 million.

The Republic of Bashkortostan is located in a well-populated and developed part of the country. Major railway lines, pipeline routes, and highways pass through its territory, connecting the European part of the Russian Federation with the Urals and Siberia. The republic has direct railway connections to western Kazakhstan, the lower reaches of the Volga, the Northern Caucasus, Uzbekistan, and Turkmenistan. The Belaya River is part of the Unified Deepwater Transport System of European Russia, which provides the Republic of Bashkortostan with access to ports on the Caspian, Baltic, and Black seas and the Sea of Azov. The republic is a constituent part of the Ural economic region; it is second only to the Central region of the Russian Federation in scale of industrial development and adjoins the highly developed Volga and West Siberian economic regions.
↑top

Bashkortostan is a country in the Southern Urals and adjacent areas that takes its name from the indigenous people, the Bashkir (Bashkort). Bashkiria, the Russian (Slavic) name for the country, was firmly established at the end of the 16th century. Initially, the forms Bashkir, Bashkirda, and Bashkirian Horde were used. The first written records of individual tribes of the Bashkir people are found in the works of Herodotus (5th century B.C.). Ptolomey’s map (2nd century A.D.) showed the River Daiks (now the Ural River). The writings of Sallam Tarjeman (9th century) and Akhmed ibn-Fadlan (10th century) contain valuable information; and al-Balkhi (10th century) wrote that the Bashkirs were divided into two groups, one of which lived in the Southern Urals and the other near the Danube close to the borders of Byzantium. His contemporary, ibn-Ruste, noted that the Bashkirs were “an independent people occupying the territories on both sides of the Ural Mountains between the Volga, Kama, Tobol, and upper Yaik rivers. The 12th-century geographer Idrisi referred to Inner Bashkir, Outer Bashkir, and the Bashkirian cities of Nemzhan, Gurkhan, Karakiya, Kasra, and Masra.

From the second half of the 16th century to the beginning of the 19th century, the Bashkirs inhabited a territory from the left bank of the Volga in the southwest to the upper reaches of the Tobol in the east, and from the Sylva River in the north, including the entire left bank of the Volga, to the middle Yaik in the south. That is, they lived in the Central and Southern Urals and areas adjoining the Urals, including the Volga River valley and the Transural region.

Until the mid-19th century, the territory of the ancient Bashkir tribes was the basis of Bashkiria’s administrative and territorial structure. In the time of the Golden Horde, the territory of Bashkortostan was divided into ulusy (regions) whose size was determined by the number of farmsteads or soldiers. After the breakup of the Golden Horde in the 14th century, Bashkortostan was divided among the Kazan and Siberian khanates and the Nogai Horde, and the people were under the jurisdiction of the governors-general of Kazan, Osinsk, Siberia, and Nogai.

In the mid-16th century, the Bashkirs took out Russian citizenship on the basis of an agreement with the tsarist government. After Bashkiria joined the Russian state in the second half of the 16th century, its territory was included in Kazan District; and then in 1586, it was separated into Ufa District, which was divided into governorships (darugi) and small rural districts (volosti). The volost division applied only to the Bashkirs. In 1700, Ufa, Menzelinsk, Birsk, Zainsk, and Tabynsk were freed from the district administration and became independent administrative centers subordinate to the district administration. In 1708, the city governments were abolished and Bashkiria became part of the provinces of Kazan and Siberia. Then in 1744, it was made part of Orenburg Province, which first consisted of subprovinces (Ufa, Isetsk, and Orenburg), and from 1781 on, of districts (Orenburg, Ufa, Sterlitamak, Birsk, Menzelinsk, Verkhny Ural, Troitsk, Chelyabinsk, and Bugulminsk). At the same time, the previous division into rural districts and councils of officials was retained. In 1781, Orenburg Province was reorganized into the Ufa Governorship consisting of the Ufa and Orenburg regions. Ufa Region was further subdivided into eight districts and Orenburg Region, into four. In 1796, Ufa Governorship was transformed into Orenburg Province, which initially consisted of 10 districts and then 12 as of 1804. The border districts of Bashkiria became part of Perm, Vyatsk, and Samara (in 1851) provinces. The introduction of the canton system of administration was the next step toward the unification of Bashkiria’s administrative and territorial structure. The borders of the cantons were approximately those of the districts. On Bashkir’s transition from military to civil administration and the formation of Ufa and Orenburg provinces from the Orenburg Governorship, Bashkiria was confirmed in 1865 as an all-Russian administrative and territorial division whose main units were the province, district, city, rural district, and village.

The Bashkirs are a part of the huge Turkic world settled on the territory from the Baltic and Black seas in the west up to the Ohotsky sea and the Pacific Ocean in the east, from Caucasian up to Himalaya and Gindohushsky mountains in the south. The ethnic history of the Bashkirs and all the Turks totals thousand of years. They were in a structure of ancient Turkic military-political unions and were in difficult ethnocultural communication with many peoples, that predetermined mainly features of their material and spiritual culture. The subsequent formation of the Bashkir culture passed in conditions of their interaction with the Slavic and Ugro-Finnish worlds.

The Bashkirs are not numerous people. Not once they were subjected to the hardest trials, not once they were on the verge of extinction. Not without reason the outstanding Russian writer, democrat Gleb Uspensky wrote with pain: ” The Bashkirs will be gone! Will be gone! The most of the Bashkirs will be gone! ” (Uspensky G.I. from Orenburgs up to Ufa. Ufa, 1982). Hundred years since that time have passed. However, The Bashkirs have not gone: nature has given him high vital potential. Moreover, he has introduced the appreciable contribution to world civilization, samples of his art creativity convince that.
↑top