The Orenburg Region is one of the largest regions of the Russian Federation. The region is located at the meeting point of Europe and Asia and is part of the Ural economic district. It borders on the Republic of Bashkortostan and Chelyabinsk Region in the north, Kazakhstan in the east and south, and Samara Region in the west. It occupies a huge territory in the Southern Pre-Urals, as well as territory along the middle Ural River and the Sakmara, Samara, and Ilek river basins, with a total area of 124 000 km2 (0.7% of the Russian Federation and 15% of the Ural economic district). The region extends 750 km from west to east; its border with Kazakhstan is 1876 km long. Orenburg Region was formed on December 7, 1934. From December 26, 1938, to December 4, 1957, it was called Chkalov Region. 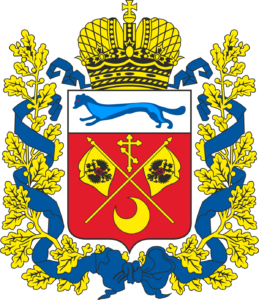 Orenburg Region has a continental climate with hot dry summers and relatively little snow in winter. Annual precipitation reaches 450 mm in the northeast and 260 mm in the southeast. The difference between the absolute maximum and absolute minimum temperatures (absolute temperature) is 85-89 °C.

The city of Orenburg, located on the Ural and Sakmara rivers, is the regional capital and one of the largest cities in Orenburg land. It has a population of about 600 000 people. Orenburg was founded in 1743, and from 1938 to 1957, was known as Chkalov.

Orthodoxy and Islam were the region’s traditional religions before the Revolution of 1917, although there were also seven other denominations. Today, members of 21 different denominations live in Orenburg Region, the most important of which are still Orthodoxy and Islam. More than 170 religious buildings are open at the present time.

The population of Orenburg Region is about 2 million (2018). Owing to its geographical location, the region is multinational, with representatives of more than 80 nationalities among the population. Russians form the largest nationality (75,9%), followed by Tatars (7,6%), Kazakhs (6%), and smaller numbers of Ukrainians, Bashkirs, Mordvins, Germans, Poles, Jews, Chuvashes, Armenians, Azerbaijanis, Chechens, Ingushes, and others.
↑top

Nearly 4000 years ago, the endless Great Steppe, as the vast areas south of the Urals were called in the past, spread over the expanse of the Southern Pre-Urals. This was the birthplace of the Sarmatian, Scythian, and other civilizations of nomadic herders and warriors.

Large numbers of kurgans (or “maris”)-huge earthen mounds over the burial places of warriors-are monuments of their long history. Archeologists have discovered hundreds of kurgans near the city of Orsk and in Iletsky and Sharlyksky districts. Large numbers of ornaments of pure gold have been found in these burial mounds. In 1911, archeologists working near the village of Prokhorovka, Sharlyksky District, discovered a bowl dating to the early 3rd century B.C., as well as other objects proving the existence of well-developed trade relations in that period.

The Scythians and Sarmatians were warlike tribes. The ancient historian Herodotus wrote that Sarmatian women “ride out hunting with their husbands and without them…No girl gets married until she has killed an enemy.”

Orenburg Province was formed in 1744 by nominal decree of Empress Anna Ioanovna. The initiative for the formation of the new province came from state officials like V.N. Tatishchev, I.K. Kirillov, P.I. Rychkov, and I.I. Neplyuev, who as a consequence became the first governor of Orenburg. The province included part of the territory of present-day Kazakhstan, Bashkortostan, Tatarstan, and Chelyabinsk and Samara regions. The southern border followed the coasts of the Caspian and Aral seas.

Today, Orenburg Region, located at the crossroads of East and West, is seeking to continue this tradition as the Russian “window on the East.”
↑top

Orenburg was initially constructed as a fortress and also functioned as a trading center. Today, Orenburg is one of Russia’s most beautiful cities, as confirmed by the preserved historical and architectural antiquities. An interdepartmental council for the protection of the region’s historical and cultural properties has inventoried 1895 sites, 1523 of which are on a government list of historical and cultural monuments, and 1438 archeological sites. In addition, 1140 cultural centers (with 7210 clubs and amateur associations operating in them), 910 theater studios, and a large number of groups of all kinds (810 choral, 559 dance, 210 instrumental, 132 folklore, and 258 national groups) operate in the region today.

At present, there are 12 state and 16 national museums. The state museums have a basic stock of 205 600 items, and the museum of fine arts owns a basic fund of more than 7000 exhibits, including rare collections of Orenburg goat down shawls. There are also 139 school museums and a number of public industrial museums. Other facilities that have been opened include exhibition halls in the cities of Gai and Saraktash, a museum of internationalist soldiers in Orenburg, and a rural ethnographic museum of Tatar culture in Kuvandyksky District.

The region has 993 state libraries, 23 of them in Orenburg. In recent years, the libraries have experienced difficulties in replenishing their stocks, which has led to a decrease in resources.

In the sphere of education, about 75 children’s music and art schools and 5 specialized vocational schools are currently operating; and the opening of the Rostropovich State Institute of the Arts in Orenburg has resulted in the appearance of the “School-College-Higher Institution” system of arts education. Orenburg also has its own philharmonic orchestra, which includes the Orenburg State Academic Russian Folk Choir under the direction of O.S. Serebriiskaya and a chamber orchestra under the direction of V.N. Bruk.

The region has begun holding annual days of Russian spirituality and culture; Kazakh, Bashkir, Tatar, Ukrainian, Mordvinian, and German cultural festivals; the “Colors of the Rainbow” (Kraski radugi) regional children’s festival; and a regional festival of guitar songs in Kuvandyk.

In 2019, the V.I. Dal Writer’s Union of Orenburg celebrated its 60th anniversary.
↑top