The Kirov Region is located in the eastern part of the East European Plain in central European Russia. The main topographical features are the Vyatskie Ridges in the central part of the region, the Verkhnekamskaya Upland (elevations to 337 m) in the northeast, and the Northern (Severnye) Ridges in the north. The region has an area of 120 800 km2 and extends 570 km from north to south and 440 km from west to east. The population of Kirov Region is 1272100 people; 70% of the population is urban. Ethnicly the population is divided on Russians – 67.57%, Kazakhs – 16.33%, Tatars – 6.62%, and others – 9.48%, according to National Census (2010). The region borders on Tatarstan and the Republic of Mari El in the south, Volgograd Region in the west, Arkhangelsk Region and the Komi Republic in the north, the Komi-Permyak Autonomous District in the northeast, and the Udmurt Republic in the southeast, which ensures stable internal and foreign economic ties. Kirov Region has a well-developed transportation system of main railway lines and highways, and there is an airport. The main rivers are the Vyatka and Kama, which are part of the Volga Basin. The climate is temperate continental with an average January temperature of -14 °C and an average July temperature of +17 °C. Annual precipitation is about 500 mm. Soils are mainly podzolic in coniferous forest areas and sod-podzolic in mixed coniferous-deciduous forest areas. The administrative center is the city of Kirov founded in 1374. It stretches for 25 km along the banks of the Vyatka River 896 km from Moscow. Kirov is subdivided into Leninsky, Oktyabrsky, Pervomaisky, and Novovyatsky districts. It is a major railway (the Moscow, Nizhny Novgorod, Kotlas, and Perm lines all pass through it) and highway junction, and there is also a river port and an airport. 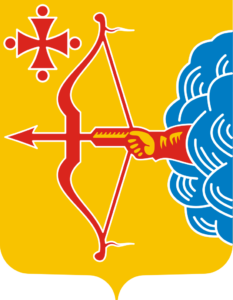 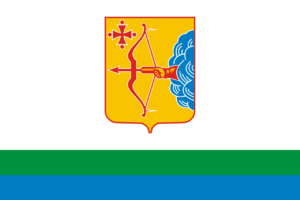 The main industrial sectors are engineering and metalworking, nonferrous and ferrous metallurgy, and the chemical, microbiological, forest, woodworking, pulp and paper, light (including leather shoes and furs), and food industries. Production of building materials, phosphorite, and peat is also important.

Agriculture is mainly oriented towards grain and livestock. Grains, long-fibered flax, potatoes, and vegetables are grown and meat, milk, wool, and eggs are produced.

The city of Kirov is also an important scientific and cultural center. Architectural and historical monuments that have been preserved in the city and the region are of great historical significance.
↑top

Vyatka land has a very long history. It was first settled in the Upper Paleolithic from 50 000 to 15 000 years ago. Tribes began to form in the latter half of the 1st millennium A.D.: Udmurt tribes in the eastern part of the Vyatka basin, Maris in the west, and Komis in the north. The population’s main occupations were agriculture, livestock herding, and fur trapping. Most of the territory was uninhabited and covered with forests and swamps. Russians began to arrive in the late 12th and early 13th centuries and settled in the vacant lands among the Udmurts and Maris. The influx of Russians intensified in the second half of the 13th century as a result of the Mongol-Tatar invasions.

Vyatsk is first mentioned in the chronicle in 1374. At that time Vyatka land was part of the Nizhny Novgorod princedom. The princedom was annexed to Moscow in 1393 and shortly thereafter passed into the possession of Yury Galitsky. The process of forming a unified Russian state was underway in 1478. In 1485, after the expulsion of the grand prince’s governor, Yury Shestak Kutuzov, the boyars proclaimed Vyatka’s independence, but it was split up only a few years later, in 1490.

The annexation of Vyatka land to the Russian state was of great significance. The lands along the middle course of the Vyatka and Cheptsa rivers, namely, Arsk land and Slobodskoi, Glazovsky, Orlovsky, and Kotelnichesky districts, were considered part of these lands.

When the Siberian Khanate was abolished in the late 16th century, Vyatsk ceased to be a remote outpost of the Russian state and became a connecting link between the central, Volga, and Ural-Siberian districts.

In the 17th century, Khlynov, with a population of 4400, became the largest city in northeastern European Russia. The vast Vyatskaya and Velikopermskaya diocese (eparchy) was organized in the city and began its activities in 1658. Administrative reforms also had enormous significance for the territory.

In 1780, the Vyatka governorship with its center in Khlynov was formed in the course of administrative and territorial changes that were taking place in the region in the late 18th century. Thirteen districts – uezdy – were included in the new governorship, and the new cities of Glazov, Nolinsk, and Sarapul were founded.

Aleksandr II approved Vyatka Province’s new coat of arms on December 8, 1856. Judicial reform carried out in 1864 eliminated the old estate courts, although jury courts were not established until 1874-1875.

In the late 19th and early 20th centuries, Vyatka remained a place of exile for opponents of the tsarist regime, including many prominent revolutionary figures. In 1920, a number of small southern and eastern districts (volosti) and villages were shifted from Vyatka as a result of the formation of the Tatar Autonomous Republic and the Mari and Votskaya (now the Udmurt Republic) autonomous regions.

The territory did not escape the Civil War and intervention of 1918-1921. The postwar period was accompanied by rebuilding of the province on the basis of the New Economic Policy (NEP), which consisted of free trade, entrepreneurship, and private sector stimulation. However, the basic principles of the NEP never really took hold in agriculture, where the only effect was to reduce all the peasants to the same level, or in industry.

The country’s first office of the International Organization for Aid to Fighters of the Revolution (IOAR) began operations here in January 1923.

The administrative and territorial reforms of 1929 eliminated the old division of the country into provinces and districts (uezdy, volosti) and introduced a new system of division into regions, territories, and districts (raiony). Vyatsk Province was abolished, and its territory became part of Nizhny Novgorod Territory. The city of Vyatsk became a district center.

On December 5, 1934, the Presidium of the All-Russian Central Executive Committee (VTsIK) passed a resolution renaming the city from Vyatsk to Kirov, and Kirov Territory was formed on December 7. It included the Udmurt Autonomous Region, 37 districts (raiony) of Gorki Region (which had formerly been part of Vyatka Province), as well as Sapapulsky and Votkinsky districts of Sverdlovsk Region. Following the adoption of the new Constitution in 1936, Kirov Territory was transformed into Kirov Region and the Udmurt Autonomous Soviet Socialist Republic (ASSR) was separated from it.

Kirov residents played an important role during the Second World War. Red Army units were quickly mobilized, and infantry divisions were formed. The people of Kirov not only worked heroically in industry and agriculture to bring about a speedy victory, but also rendered all possible assistance to the front. In the postwar years, the successes of Kirov residents in communal livestock farming and in fulfilling their socialist obligations to the state often received high praise from the Soviet government.
↑top

The intellectual development of Vyatka land has been enriched by the intricate blending of various cultures that has taken place in the course of its history. As a result, the region presents unique opportunities for cultural cooperation.

Folklore and folk arts are an important part of the region’s spiritual life. Vyatka accordionists and chastushka (short humorous Russian songs) groups have wide high awards at Russian festivals over the years. Young violinists, accordionists, and folk instrument players have also been prizewinners.

The production of traditional clay toys (figures of ladies in crinolines, hussars, whistles shaped like animals, horsemen, etc.) has been preserved in Dymkovo on the far side of the river from Kirov. Dymkovo toys are made of baked clay with a multicolor design painted in tempera on a white background. The elegant baroque Trinity (Troitskaya) Church dating from 1770-1775 is located in the village of Makarye not far from Dymkovo.

Just as in the rest of this vast country, Kirov Region has many talented writers, artists, film makers, architects, and musicians.
↑top